A glimpse of poetic imagination

Just a bit on poetry as meditation

This “meditative blog” doesn’t have any pretenses to being a how-to manual, or to saying anything terribly profound, knowledgeable or expert about either poetry or meditation. But just maybe these “poetic-ish”, “poem-ish” musings might make their own little contribution and touch some encouraging meaningful chords…

Visiting a mentor who was quite sick in bed, the conversation at one moment turned about writing poetry.  He was admiring a companion’s verse and encouraging him to continue, continuity bringing the subconscious mind into play.  Turning to me, then, he asked whether I’d written anything about working in the kitchen (I was cook at the time).  When I answered, “No,” he gazed intently and quizzically for a spell, saying, “Of course. It’s very difficult to get inspired in the kitchen.”  So I felt obliged to try and write something.  After a few months of trials and mainly errors, this is what emerged.

Something of an active meditative practice

It’d been something of an active meditative practice, paying attention and having to remember the goings and comings, sort of contemplatively “grokking” the experience, per Robert Heinlein’s word-coinage, approaching “total substantial intuitive empathy” with it… I wanted the ditty to be spiritual but not too preachy, jazzy but not too silly (I had in mind a poem I’d read in Spanish by a Black Caribbean author, whose language conveyed a fine African tribal drum beat rhythm, that had worked its way in and really stuck) – pretty and fun, with a suggestive but not encyclopedic feel for the varieties of impressions, the pace and aims of the real work situation.  Something to elevate the daily grind and contradictions without getting romantic or wishy-washy.

The language and rhythm are flexible and changing and somewhat snappy – they should sound right, perhaps beating out an accompaniment with your hand on the table or your thigh, or tapping the floor with your foot.  If they come out awkward, re-read, shift the music and emphasis accordion-like, until they do fit and “sound right.” I can more or less pull it off myself, if I don’t trip over my own tongue, with a bit of scat-like vocalizing and hand-clapping – but it’d be nice to hear and see others’ interpretations, who could surely do it better…I’d think this piece apt for a kitchen poster or taped to the fridge, just for the sake of the fun of it all…

Hard in a hurry with the curry, when the kettle takes t’ hiss,

Don’ let yourself get hassled now,

Don’ let yourself get frayed,

Gaze around, grok the ground, heed ‘n’ hearken to the sounds –-

But ain’t no time on it to dote

Whisked splash plop in the sauce, by gosh!, spicy moil and toil

The garlic and the wine, the mint and the thyme

life’s helter-skelter burden for to ease

‘n’ cantaloupe with which to cope

T’ain’t nary any visionary dreamin’ at all

— earth heaven finger-lickin’ real: so leave off that kill-joy mope

Can’t ya catch that tinkling of the crystal and that silverware ring?

and a-brimmin’ over gladsome for the love of you

A sort of “healing meditation” –

Written while I was sick in bed, as a kind of game around some of the words rhyming with “use,” this talks somewhat meditatively about some thoughts and feelings and sets of chain-reactions I’ve been rather too unbecomingly familiar with on occasion… One supposes that it’s conceivable, at least, that some others might also recognize themselves and their own varying circumstances in some way in this imprecise mirror. It does seem self-explanatory enough in the main, and so generally applicable that there’d be no great need to specify clearly my particular images. In retrospect, the effort to meditate and “poetify” this raw life material did seem possibly to help process, incorporate, and maybe even go beyond it all, at least to some degree.

When I wished to refuse

To not pay my dues

To gain, not to lose

To exult and enthuse

Escape far from this cruise

Shut my ears to can’t-do’s

Leave the acrid wormwood and rues

No raw gnawing ulcers to ooze

Kick off these ill-fit hurting shoes

Get squeezed thumbs and brains out from under the screws

So glad for to relish some savory views

No matter, no matter whose –

Oh, then I could no longer choose

Bloodied my head hard knock at this bruise

In worldly cruel hell-fire that spews

Consumed by fierce fevers and flus

Lost all of the clues

Oh, how I touched off the fuse!

And no more, no more

A cheering meditation of wonder and giggles –

Ho teh, insofar as I know (which is how it affects the poem) was a real or semi-mythical personage of olden China or Japan. A traveling Zen or Taoist monk, a pilgrim, or a poor itinerant poet, he’s said to have been a favorite of the village children, telling them stories and dispensing gifts; he is supposed to have been wise, or realized, or initiated – with something of the innocent or the fool thrown in.

Perhaps there’s a touch of Nasiruddin in the composite. A popular figure for folk art in the East, he’s often mistaken here for a fat, Happy Buddha – the caricatures vary widely, from the weird, whimsical and grotesque to the image I have in mind, of a pure, radiant, lovable, loving man of insight, a figurine which makes people laugh and rub his tummy for good luck and gifts. Once I meditated with such a carved wood statuette, set in the midst of burning incense and falling soap bubbles – which has coalesced into the picture of the last lines here.

belly-laugh, chortle and a grin

a happy grin from ear to ear

listening entire to It All

Just As It Is

“What a funny little man!”

smack in the middle

on wrists, on arms, reached up

reached up tall and high

bubbles that sparkle and tumble down

“Life and death meditation”, in the zone –

A few years ago, I saw a newspaper photo of a black blues singer (Taj Mahal, I think it was) playing for a small group of strong-featured men sitting around him in a cell on the death-row of some penitentiary.

The impression was so gripping it kind of implanted itself in me, as it were, meditating away on its own, on some deep levels. I’m still struck by the image, and think it lends itself to a variety of treatments as a folklore motif. One version, giving the basic story, is told here, as a kind of slow, easy, “walkin’ talkin’ blues,” with lots of space in-between the phrases for music or silence – or both. I’d very much like to hear and see what some other people would do with it in the different media, as it passes around through the folk process. (I can rather roughly bring it off myself, sort of singing and growling and blues-harping – but I’ve always wanted to find out what some “real musicians” could do with it; and besides, think it has a potent message to share round…)

(Ram Dass, who’s worked with such men quite a lot, has had some relevant things to say about the psychology of the situation, wherein those who’ve been sentenced to death await their assigned fate – or some reversal of it, as by a governor’s pardon. The effect of the heightened/compressed intensity of time perceived as soon running out contrasts significantly with that of the weight of apparently meaningless years of tedium, restriction and ugliness stretching into a shadowy future. Elisabeth Kübler-Ross commented something like, “Death Row? Why we all live on death row, we’re just not aware of it.”)

up and down the slam licks ripple-warble their beat

meltin’ ‘way burnt scars, iron bars; bringin’ me clear up through to the stars;

wringin’ out dry his bloody soul, dig it brother –

to be a-hearin’ these bittersweet

ol’ knit cap, squished down low over his brow;

givin’ my memory wings, I see the scenes, I don’t know how;

hunched ‘round ‘n’ huggin’ his guìtar, pickin’ out them chords real slow;

jail-house gig from mornin’ t’ night – no rush, no where to go

leanin’ back easy now, seein’ so far so clear so well,

hard-faced jay-bird on the bench over here, he’s all soft smiles –

mellowed clean out now, he gazes far, he sets loose, he flies . . .

Babe, such magic time ‘n’ wizardry – best damn place on earth to be.

Couldn’t tell how it happens, no how, no way

what you done done for me!

Something of a “birthday meditation” –

This came about as a gift remembering a near and dear, highly respected teacher, friend and benefactor’s “special day” – using the opportunity to muse, to meditate, to “wax eloquent”. A token, putting a “red letter day”, “noteworthy” stamp on the passing moment. With an admixture of identification, and exhortation. (And – poetically speaking – maybe carrying it all off a tad bit “too wax eloquent-y”?)

I titled this “untitled and unsigned”, not expressly out of false shame or anonymity, but because it was meant as “Her song,” not mine (in a separate sense). A summer time meditation.

Of a summer’s day these lines were writ –

did write themselves midst flowering wreaths of thoughts of you.

On a night so blue the stars gleamed clear their distant hue,

this song sprang forth, a song to sing – Her song to you!

How much is wished – unsaid must burn.

How much is yearned –

And may it be told mellow – gentle, not too bold –

All you have cared

to raise unscathed before the sun,

all you have fought and cried and died,

and laughed and thrilled and sighed –

whose thanks are blessed, thrice graced,

long empty waiting till the dawn. 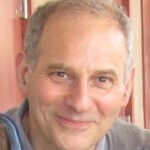 Who am I? Perhaps a seeker? maybe a finder? How avoid an RIP gravestone-blurb sum-up? Challenging…Years back, crossing a remote jungle frontier, the border police, not knowing what other pigeon-hole to use, put it as “adventurer” – just an overly romantic fragment of the story, inaccurate, but hey, a good enough fit for the moment! Maybe still is? With deep roots in Cafh, on that supreme never-ending adventure... Guess I could live with that moniker on the stone. 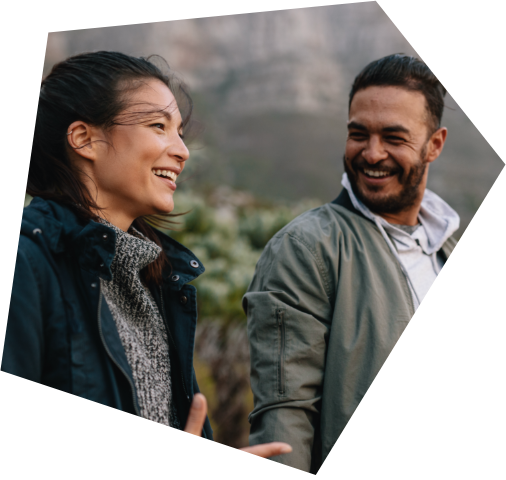